The online game Goodgame Empire is an excellent, multiplayer online game from the Middle Ages. In this game you build your own castle estate in the Middle Ages and gradually build a powerful empire. The beginning of the game is a tutorial that will introduce you to the basic controls of this online game . Here you find yourself in a friend's castle and help him attack his enemies. After completing these tasks, you will get your own castle.

While playing Goodgame Empire , you complete other tasks, for which you receive rewards in the form of new building options. This will never make the game stereotypically boring. From the beginning, you find yourself in a poor castle without your own defense. It is necessary to start the Goodgame Empire economy by building a lumberjack and a quarry. After securing your own castle, you can start building an army and initially attack the marauding barons and then the real players.

There are many different buildings in Goodgame Empire, as well as army units and their equipment. Even the attacks themselves make this online game the absolute top. Each attack on another player needs to be strategically planned, not only by choosing the right units, but also by dividing the forces of attack (the enemy can be attacked from multiple sides.) 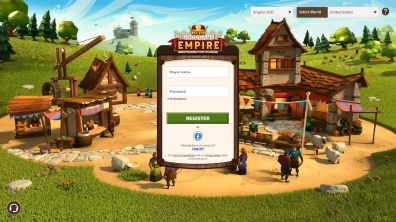 Register, build your army and fight enemies on a huge world map and conquer new territory. Goodgame empire login can be found on our website and play goodgame empire full screen .

Still don't believe this game is really a good game ?